The site does not work in this position of the screen. 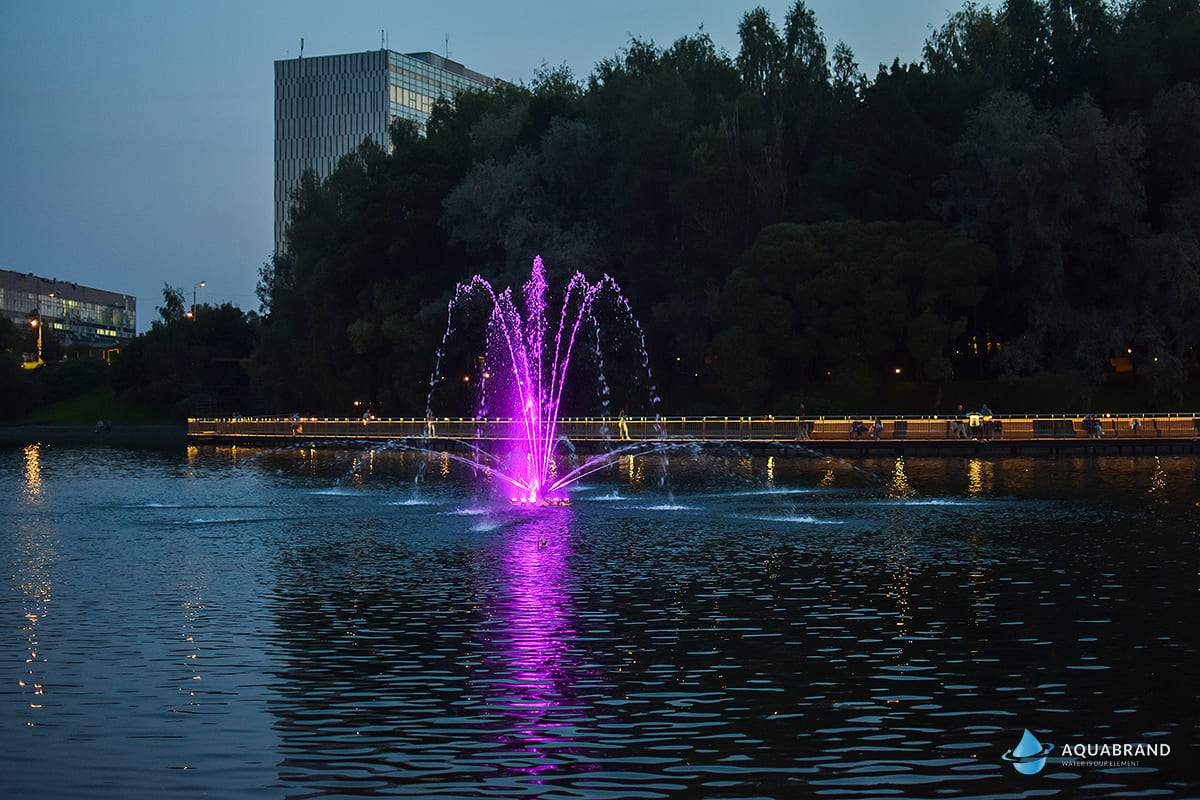 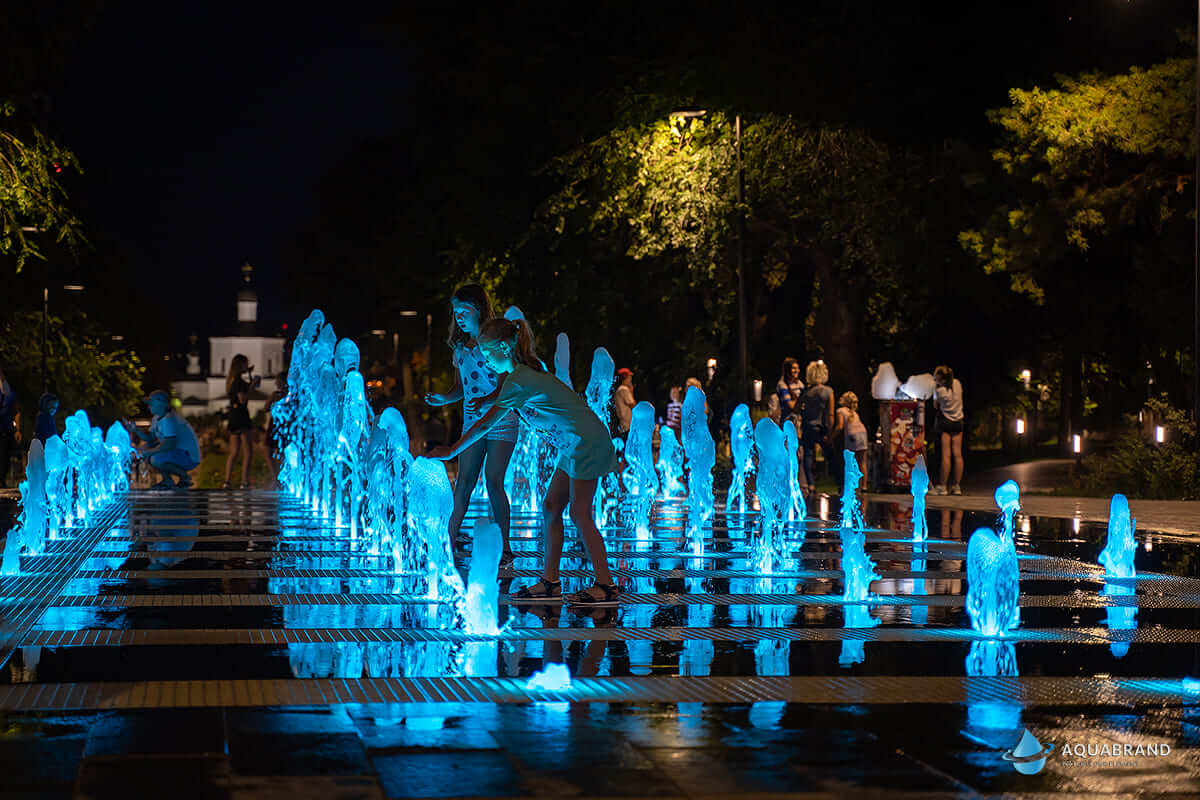 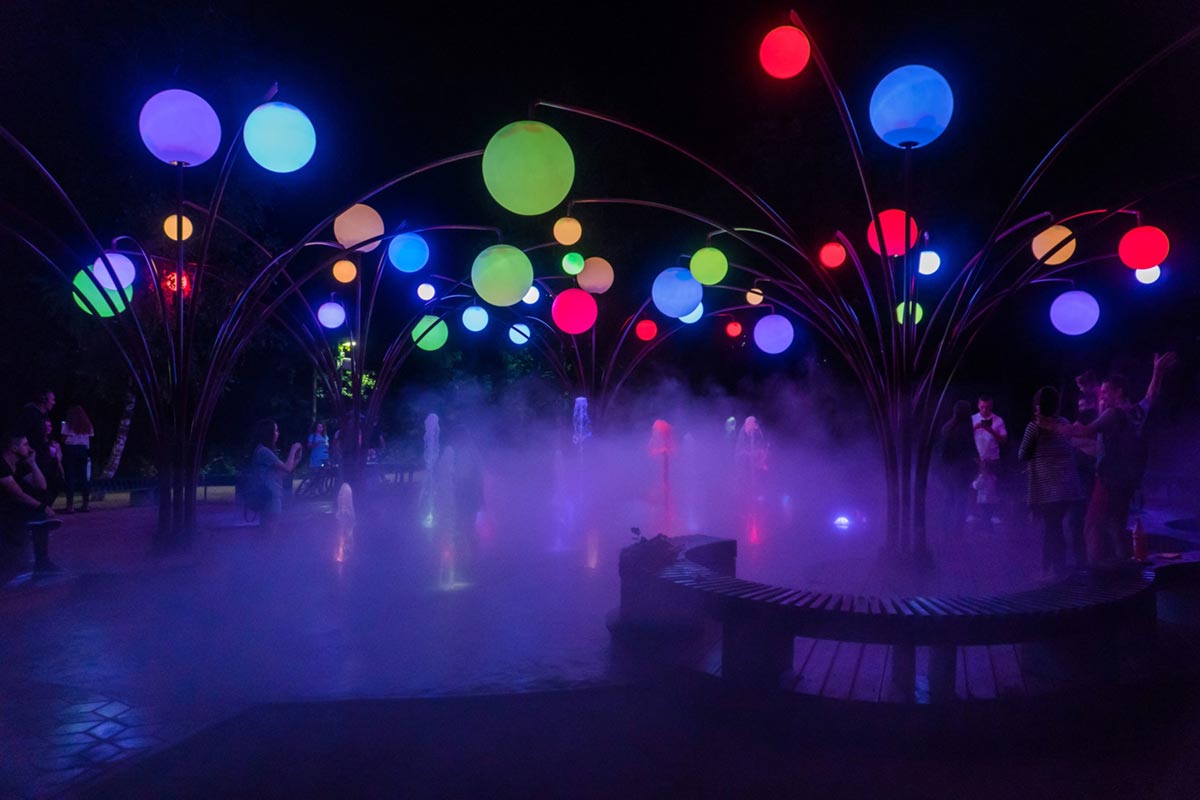 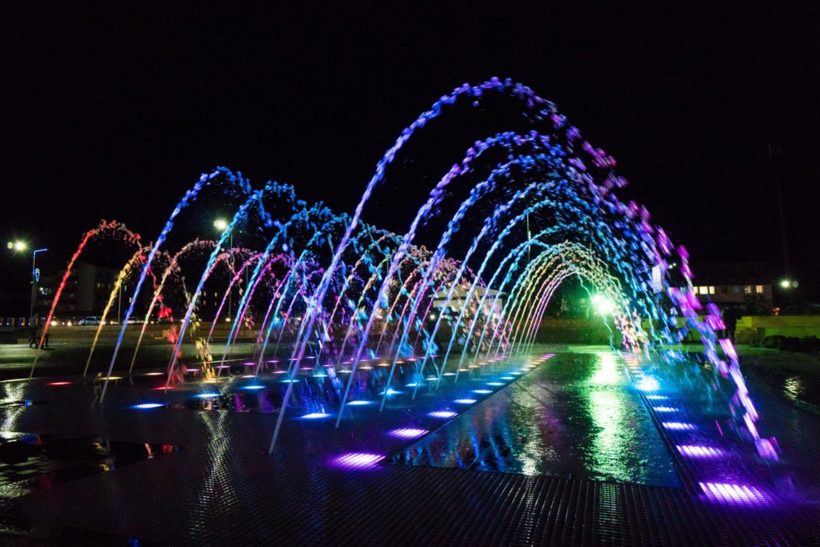 Our specialization is the creation of creative fountains and the development of new technologies and equipment.

Since 2002, we have built more than 100 fountains, 23 of them have become the main fountains of cities.
Excellence
for people

Building fountains for people
Fountains should delight and amaze. We achieve this by adding to each new technology: modern hits, fog, animated videos, recessed lights around the fountain, a system for ordering compositions from the phone. 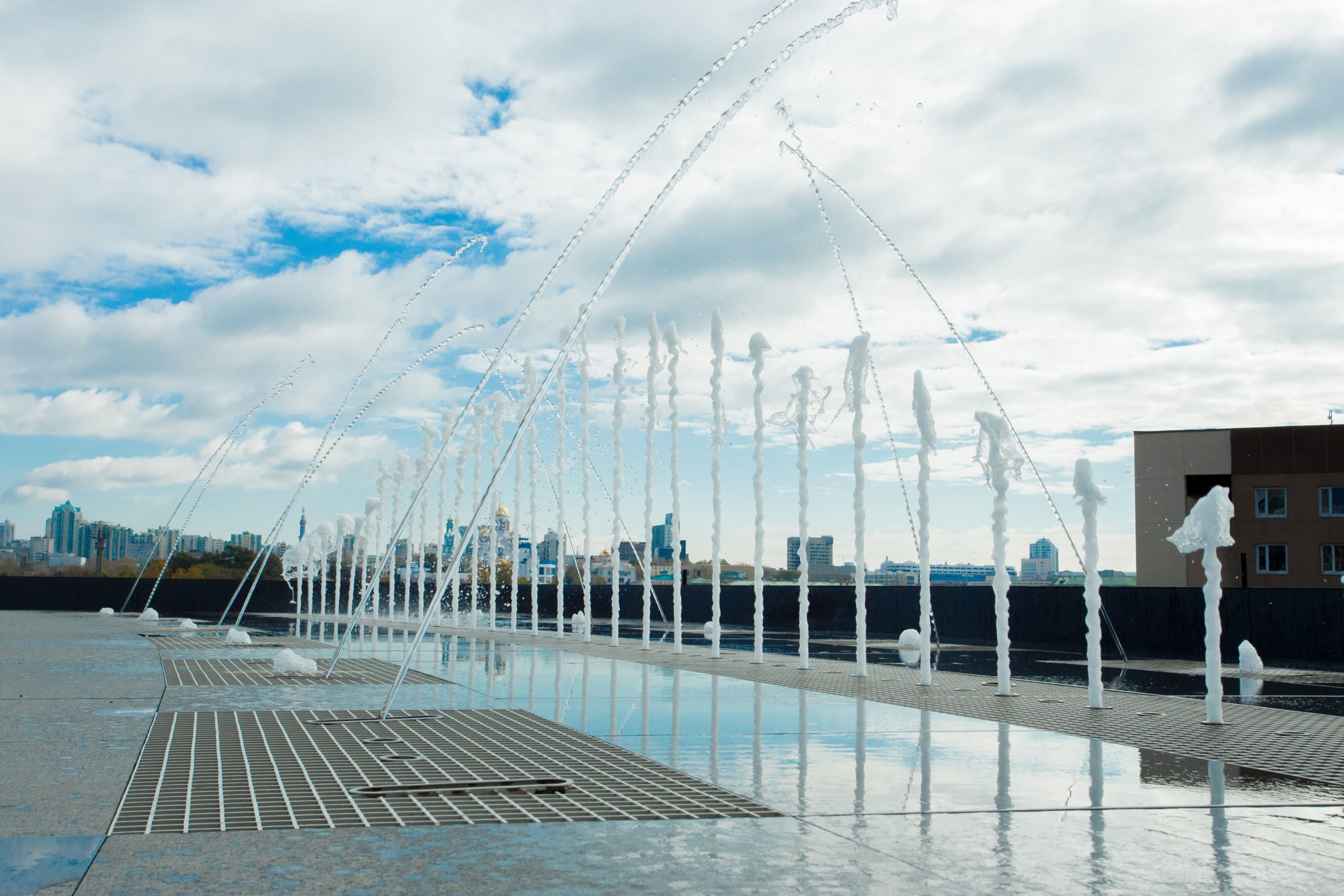 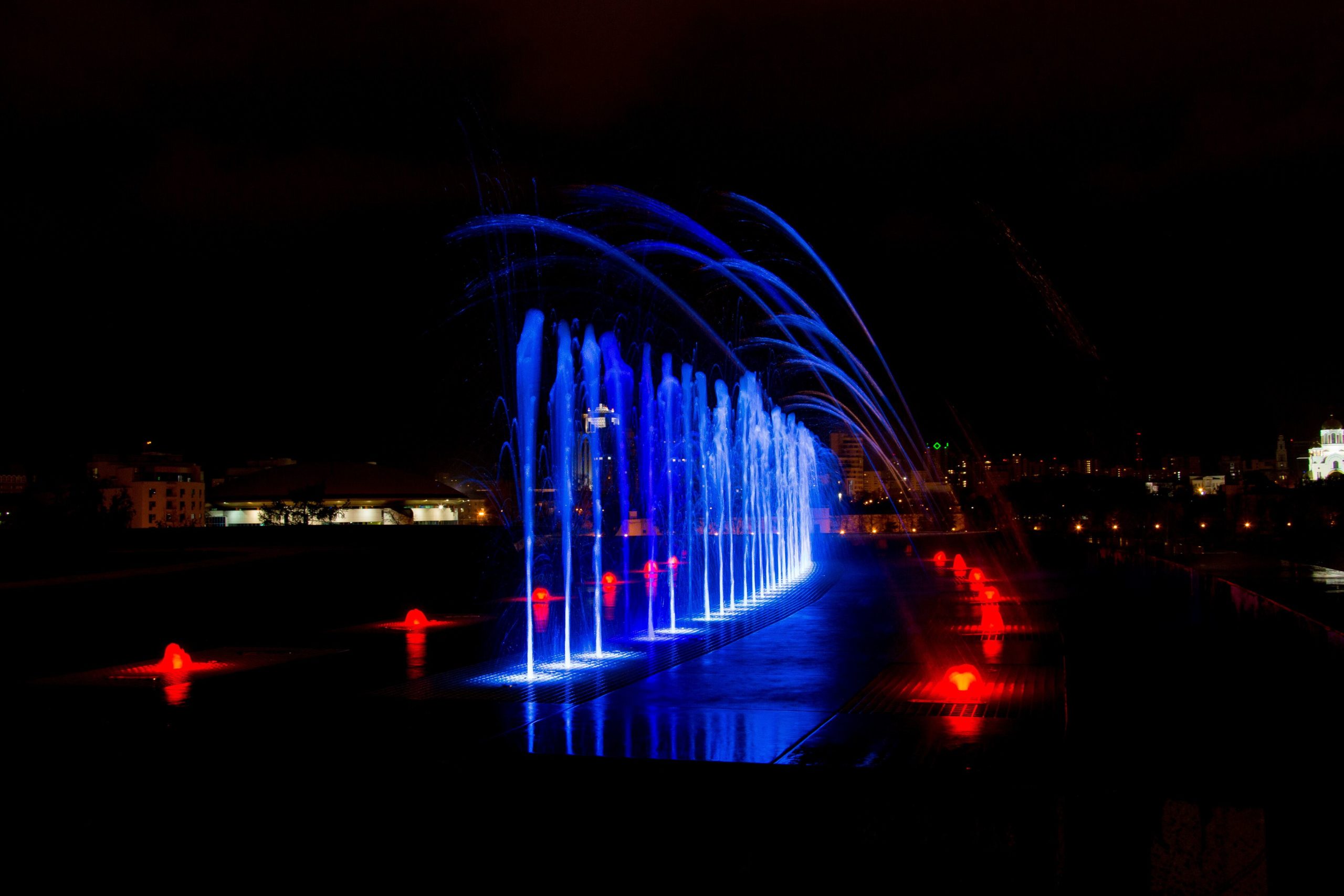 Team of Russian engineers
One of the best fountain building teams. New technologies, own programs for animation of fountains and creative designers.

Prices are cheaper than American and European contractors.
The quality is high.
VIDEO

VIDEO
Life example
The Gambit fountain is our fountain, which has been operating for 6 years without major repairs. 6 years of almost round-the-clock work, the daily load on the fountain is at least 500 people, and the fountain still works without interruptions.
You can leave a request for consultation and discussion in the form below:

We will help architects realize unusual ideas.
We will consult engineers on equipment and the construction process.
We will help the estimators to meet the budget. 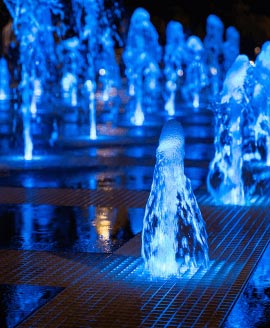 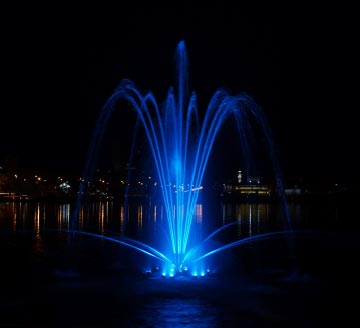 Floating fountain
Floating fountain - a type of fountain for rivers and lakes on a floating platform.
If you add animated videos to the water surface and dancing streams in such a fountain, then it turns into a water show.
Detail

Sculpture fountain
Sculptural fountain - any kind of fountains with a sculpture.
Detail
Reviews
Reviews
Kulyazhev I. V.
Head of the Kazan city improvement committee
Kulyazhev I. V.
Head of the Kazan city improvement committee
In 2013, in preparation for the Summer Universiade 2013, we planned the reconstruction of three key Fountains in the city center. We were recommended to turn to the Aqua Brand company, which earned a positive reputation in the construction of water bodies in Tatarstan. We entrusted the guys with the reconstruction of the Fountains in the Bulak channel, the construction
a new fountain in the park "Istanbul" and the restoration of the historical fountain on Mislavsky street. All work was done efficiently and ahead of schedule, despite the complexity and tight deadlines. Assessing the quality of the work of this company, we began to work with them on an ongoing basis and at the moment, Aqua Brand serves all of Kazan city fountains

Maksimov S. V.
Deputy mayor of Zainsk
Maksimov S. V.
Deputy mayor of Zainsk
In 2018, we implemented large-scale construction of the 2nd stage of the Fardiev Park in our city. A key element of the Park was a pedestrian fountain designed by the Architectural Desant architectural bureau (Kazan). They advised us to contact the Aqua Brand. Turning to them and receiving an offer from them, we still decided to check this company for the quality of their previous work. All my colleagues in other cities spoke exclusively with a positive side about this company. And we safely and on time implemented this project with them. I can say with confidence that these are people of the word: if they call deadlines, they call REAL deadlines and value their unsullied reputation very much.